The Governor’s Southern Resident Killer Whale Task Force set a goal of 10 additional orcas in 10 years, which would be 84 whales by 2028.

Today there are 73 whales.

This goal aligns with the goals set by other agencies. The Puget Sound Partnership’s vital sign target, which is to increase the number of Southern Resident killer whales to 86 by 2030, is a 1.25 percent growth rate. Fact sheet.

The National Marine Fisheries Service 2008 Recovery Plan calls for an average population growth rate of 2.3 percent a year for 28 years to no longer consider them in danger of extinction.

In addition, the task force defined near-term criteria for recovery that include the following: 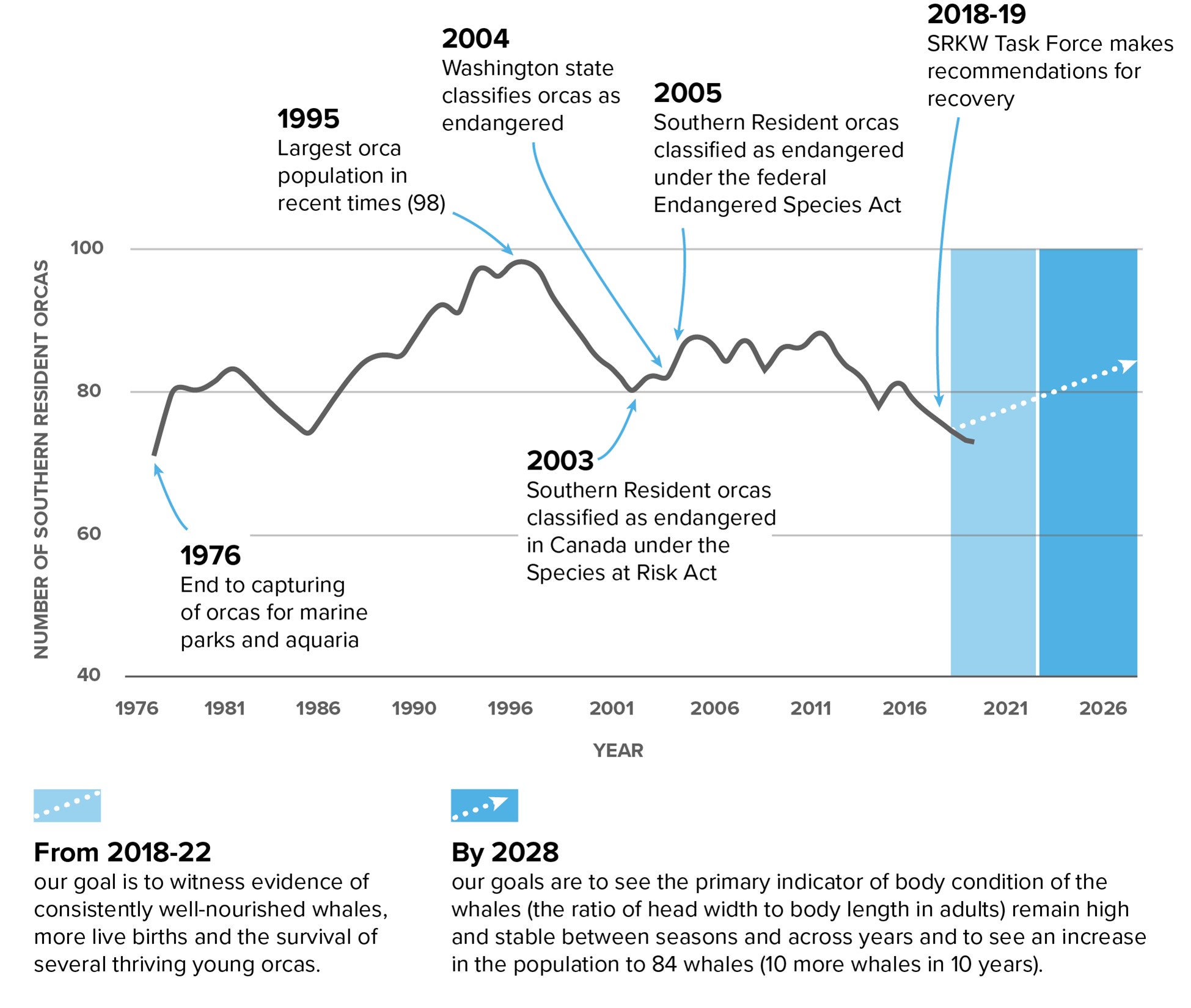 See below for details about the progress being made implementing the task force recommendations.

You Can Help Too

Look for ways to do your part to save our orcas!
Get Involved
Close